The General Authority of Civil Aviation (GACA) issued its monthly report on the performance of the Kingdom's international and domestic airports, for the month of January 2022. The ranking is according to fourteen basic performance criteria, and it comes in implementation of the strategic directions aimed at improving services provided to passengers, raising their level and improving the passenger experience at the Kingdom's airports.

In the second category of international airports with a capacity of less than 6 million passengers annually, Al-Jouf Airport ranked first with a commitment rate of 100%, outperforming competing airports in total average waiting times for departure and arriving flights.

Meanwhile, in the third category for domestic airports, King Saud bin Abdulaziz Airport in Al Baha ranked first, achieving a percentage of 100%, outperforming all competing airports in the total average waiting times for the departure and arriving flights.

It is worth noting that GACA relies on fourteen basic performance criteria in evaluating the performance of airports, most notably the waiting times for passengers to end travel procedures, the time spent by the traveler in front of baggage claims, passports and customs areas. This in addition to the criteria related to people with disabilities and several other criteria that were built according to international best practices. 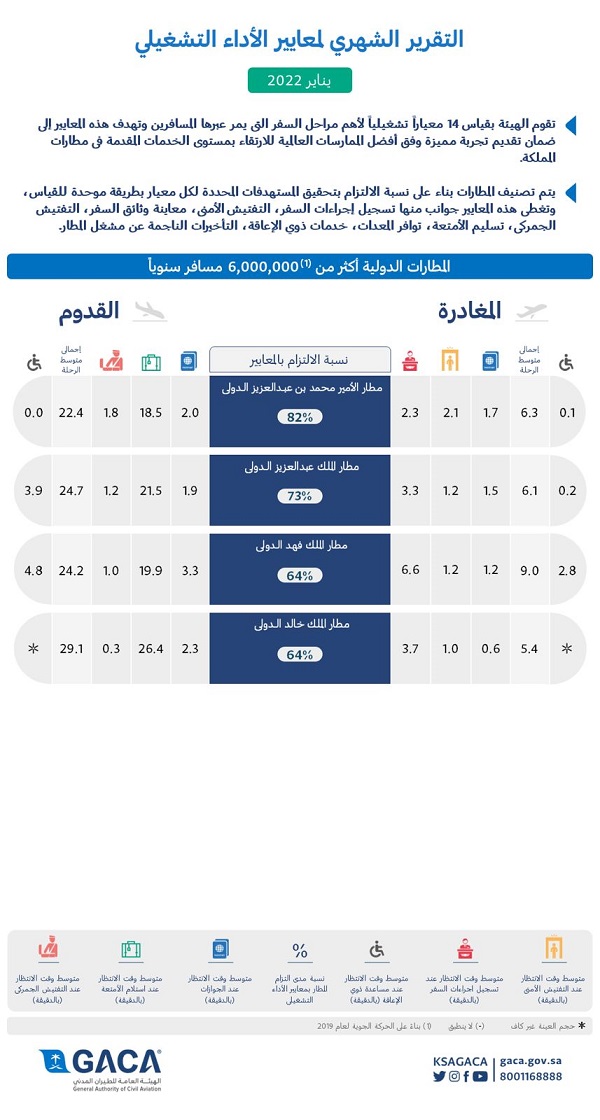