The Kingdom, represented by the General Authority of Civil Aviation (GACA), will participate in the celebration of the World Civil Aviation Day, which falls on December 7 of each year, amid exceptional achievements.

This participation comes with the aim of introducing the achievements of civil aviation in the Kingdom and its importance in the national economy and social and economic development. Moreover, its main contributions to the Kingdom's Vision 2030. Further, to highlight the successes achieved by the sector in keeping pace with the latest innovations and developments at the international level in light of the unlimited support that the sector receives from our rational leadership.

GACA coexists with the global systems specializing in the civil aviation sector in celebrating this international day, which coincides with the anniversary of the signing of the Convention on International Civil Aviation in 1944, also known as the Chicago Agreement, amid unprecedented achievements. Most notable of these achievements is the announcement by His Royal Highness the Crown Prince, regarding the National Strategy for Transport and Logistics, which was preceded by the approval of the Council of Ministers on the civil aviation sector strategy. This strategy that will triple the capacity of the sector and reach more than 300 million passengers annually, from more than 250 destinations from around the world by the year 2030. This in addition to raising the cargo capacity to 4.5 million tons of goods by the year 2030.

In one year, GACA completed several projects, as it launched a package of services, including the inauguration of the new Arar airport, in addition to the development and expansion of several Saudi airports, and worked as an investment on the institutional transformation project for airports to enhance the governance of the air transport sector, attract more local and international investments, and expand partnership with the sector  private sector. Thus enabling business growth, supporting integration in the transportation and logistics system, and enhance the quality of services for customers and travelers.

On the international level, GACA received global appreciation, with three airports in the Kingdom and for the second year in a row, ranked amongst the top 100 airports in the world, according to the assessment of Skytrax. Furthermore, the classification of 4 Saudi airports among the top 10 improved airports in the world, according to the same report. This was followed by the Saudi Academy of Civil Aviation winning a membership and seat of the World Aviation Training Council, an affiliate of the International Civil Aviation Organization (ICAO). Moreover, the academy obtaining the accreditation of the Airports Council International (ACI-ATI) as the second training center in the world after the Munich Airport Training Center in Germany, and the renewal of the International Air Transport Association (IATA) accreditation of the Saudi Academy as an accredited center for international training (ATC). Meanwhile, the Saudi Air Navigation Company received the Technical Excellence Award for the innovation of the MMS Maintenance Management System, and the fifth place in the world in the Safety Award. This in addition to Saudi Arabian Airlines being ranked by (YOUGOV) for the best brands in 2021 in the Kingdom, and receiving the “most improved aviation company in the world” for the second time in (4) years. This in addition to the launching of more than 10 new domestic and international destinations.  Meanwhile, Flynas achieved the best economical airline in the Middle East according to Skytrax World Awards for the fourth time in a row. Furthermore, it received 10 new A320neo aircraft, launched more than 10 new domestic and international destinations. This in addition to the launching 5 new destinations by Flyadeal including two international stations (Dubai, Kuwait), and 3 domestic ones, (Bisha - Al Baha - Najran), thus increasing the number of stations on its growing network to 15 domestic and international stations. Furthermore, the company obtained an award for the best e-commerce company in the Middle East for the year 2021, and received 3 new Airbus (NEO) aircraft to increase the the number of (NEO) aircrafts.

Meanwhile, on the quality of services, GACA launched a classification program for air carriers and airports (in terms of complaints submitted to the authority), which aims to provide travelers with information about the performance of air carriers and airports in resolving their customers’ complaints. This to enable travelers to choose the appropriate service provider, in addition to enhance transparency and demonstrate GACA’s credibility and keenness on travelers’ complaints and stimulating fair competition between air carriers and airports to develop and improve services. This in addition to updating the executive regulations to protect the rights of travelers, needless to say that the Kingdom is the first Arab country to issue an approved and accredited regulations in  this field. 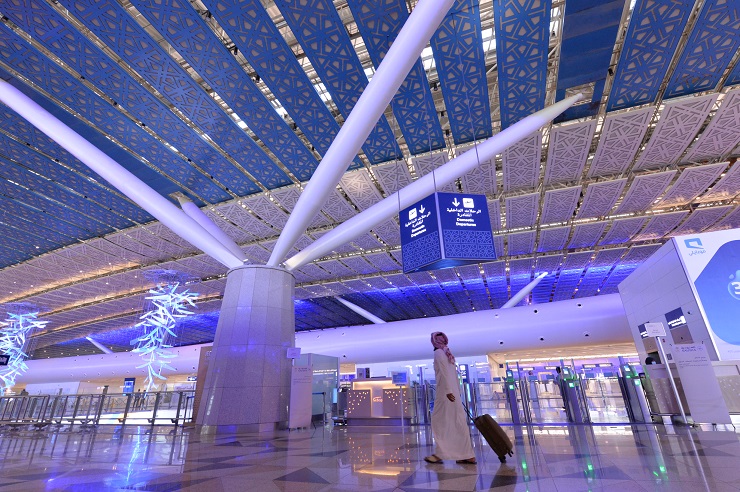