Soon after the inauguration, he toured the facilities of the new executive lounge, during which he was briefed about the capabilities available there. Further, His Highness reviewed the lounge’s settings, which is characterized by its civilized design in accordance with the best international specifications and standards.

The inauguration of the new executive lounge at Hafr Al-Batin Airport in Qaisumah comes within the project to develop and improve lounges in accordance with the new identity of the Altanfeethi Company, which manages and operates the executive lounges at the Kingdom’s airports, where the lounge area has been increased by 150%, the capacity has been increased by 100%, and various facilities are added. It is equipped with the latest systems and equipment to keep pace with the requirements and needs of its guests, and to provide the best distinguished services to travelers and improve these services to reflect the qualitative leap witnessed by the Kingdom's airports.

It is worth noting that the Altanfeethi Company manages and operates all executive lounges and offices in the Kingdom’s airports, which includes 27 lounges to serve the executive members, as it provides them with many distinguished services to give them an exceptional travel experience. Furthermore, the launch of the new Altanfeethi identity comes within its ambitious plan to expand its business, enhance competitiveness and diversify and enrich the experience of its customers with high-end services. This includes new and innovative modern concept, to enhance the travelers’ experience and achieve the ambitions of becoming the number one luxury brand in the world. 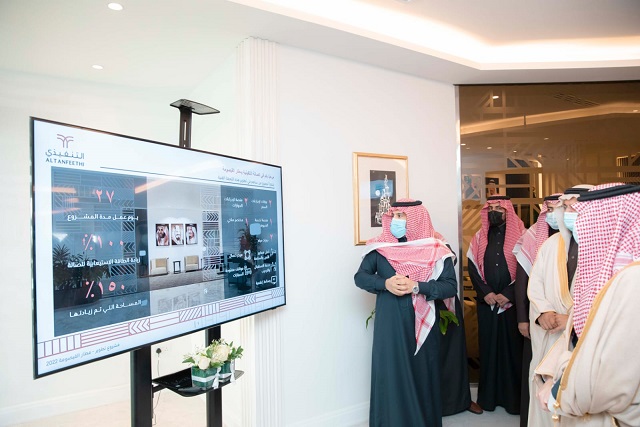