The General Authority of Civil Aviation (GACA) applies the highest international standards, with the aim of maintaining the highest levels of safety and security. The Kingdom of Saudi Arabia is one of the pioneering countries in supporting and intensifying international efforts to enhance the security and safety of air transport through its active contributions to civil aviation authorities and organizations. GACA has also worked to attract and recruit qualified competent cadres to carry out security and safety tasks at airports, and to audit and supervise those airports.

In this regard, GACA’s participation in the World Defense Show in its first edition in the capital city of Riyadh, and through its pavilion, GACA came to introduce its strategy to make the civil aviation sector in the Kingdom in the first position in the Middle East region by the year 2030. Furthermore, making it the safest, in addition to reviewing various investment opportunities in sector.

During the exhibition, GACA highlighted its adoption of a set of initiatives and programs within the sector's strategy, which is concerned with the application of safety programs, to maintain the highest levels of safety. Moreover, GACA aims to make a qualitative leap in the security of Saudi airports, including an advanced and integrated security technology system.

Among the initiatives and programs being implemented is the "National Project for Airport Security and Protection", which is considered one of the largest integrated security projects at the international level. In its first phase, it includes the rehabilitation of 24 airports with the latest integrated security systems with each other electronically, to provide an image for operators at the airport's operations and security control center that simulates reality. This contributes to making sound decisions to manage events, send warnings and respond within a short period of time. The project adopts the latest electronic technologies such as artificial intelligence and its applications, big data analysis and the Internet of Things.

The project also includes rehabilitating and developing the infrastructure and linking it centrally, which includes the establishment of an operations and security control center at each airport and linking it in the second phase of the project to a national center for airport security and protection. The project included equipping security gates and security gate control systems. This in addition to rehabilitating the security fence surrounding the airport tarmac, electronic sensor systems and night vision, and implementing a secure and separate infrastructure for security systems.

Moreover, the project is not limited to developing equipment and infrastructure, but goes beyond that to developing the operational concept and qualifying human cadres to operate and manage those equipment with the highest possible efficiency to achieve optimal planned operation. Further, the program is supervised and managed by a team of qualified Saudi engineers. 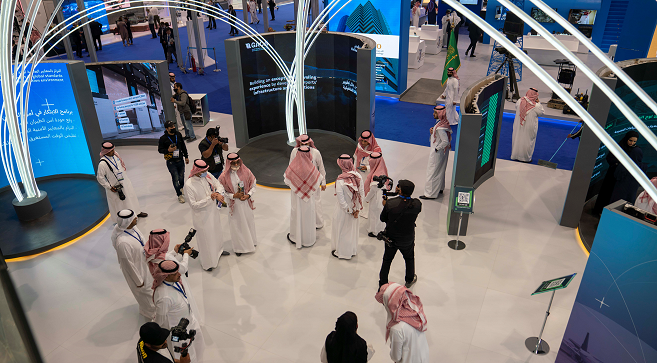