GACA prepares its airports to serve the 2022 Saudi Dakar Rally

The General Authority of Civil Aviation (GACA) has prepared the Kingdom’s airports to serve the Saudi Dakar Rally 2022. The Rally is organized by the Ministry of Sports, under the supervision and follow-up of the Saudi Automobile Federation. The preparation is achieved through a set of services inside the airports represented in preparing reception platforms, facilitating arrival and departure procedures, providing platforms for completing travel procedures, and organizing the operation of 15 Helicopters of the aircraft registered with the Helicopter Aircraft Company, 10 of which are locally registered, and 5 foreign helicopters. This in addition to licensing 6 winged aircraft for air support purposes such as medical evacuation and communications passing.

GACA has harnessed its capabilities to equip service platforms and facilities, provide all the facilities they need in coordination with the relevant authorities and provide permits for organizers, operators and participants through the concerned airports. This in addition to issuing 3 guidebooks (rally license requirements, refueling outside airports, dealing with dust generated by helicopters).

GACA has also issued permits to use a number of airports and aircraft entry permits, in addition to coordinating with the Saudi Air Navigation Services Company to organize air traffic for Dakar Rally operations.

The Saudi Dakar Rally 2022 is an extension of the previous editions of the 44th rally, which is the third consecutive edition to be hosted by the Kingdom, after it hosted the 2020 and 2021 editions. It is also the largest event in the world of motorsports, as this year's edition attracted more than (650) participants representing (70) nationalities from around the world, making it the largest version in terms of participation in the history of the rally. 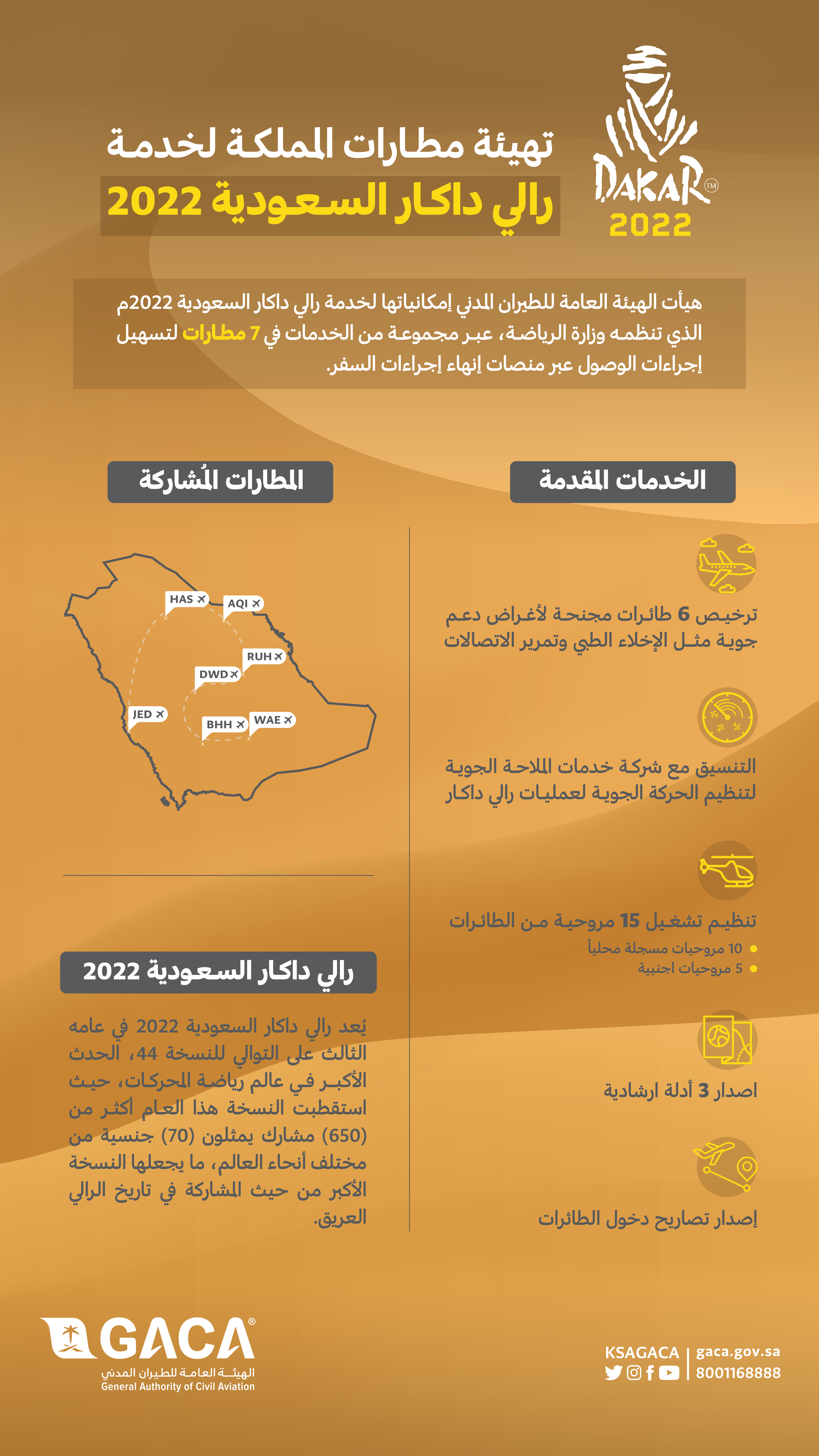